Artist DRAGON76, inspired by the site of the brewery where he observed how to make sake, the Ryūzō Shrine in his hometown, and his own name “DRAGON76”, combined this inspiration to create OUROBOROS. The pure graphic power of this motif is printed simply onto the chest of this t-shirt. Below the motif is an explanation of OUROBOROS as well as DRAGON76’s autograph and the APPLEBUM logo. The shirt itself is made of 7.4 ounce 100% super heavyweight cotton, while the torso width and the size of the armholes make for a not-too-tight silhouette and a comfortable fit with room to move.

Just as hip hop was born from roots music, APPLEBUM has transformed the feeling of being born and raised in Tokyo, the iconic Asian metropolis, into clothing. In the midst of many different cultures, APPLEBUM has drawn inspiration from sources such as African American music and sports, and since the launch of its brand in 2005 has stood for creating stylish and sophisticated clothing for adults. By expressing novel ideas through fresh new designs, APPLEBUM fashion would cause anyone to make a double-take - and that’s not only because the clothing looks cool, but because it’s unique designs stimulate the senses of any enthusiast.

Born in Shiga Prefecture in 1976, he touches the souls of viewers through his passionate and vibrant street art. His style is constantly evolving, producing works on the theme of the coexistence of conflicting concepts, such as the past and the future, stillness and movement, and righteousness and evil.
In 2016, he relocated with his family to New York and has been active there since.
In 2017, he won ART BATTLE in NY twice. In 2018, he won the ART BATTLE U.S. Championship.
He has also worked on official visuals and murals for the films Pacific Rim: Uprising (2018) and Terminator Dark Fate (2019), and, in 2019, made a mural of the Amazon Prime Video series The Boys at ComplexCon in Chicago.
In June 2019, he held his first solo exhibition in New York, entitled “COEXIST” at the Compound Gallery in the Bronx. Approximately 400 people showed to the opening party, making DRAGON76 and his art a hot topic. 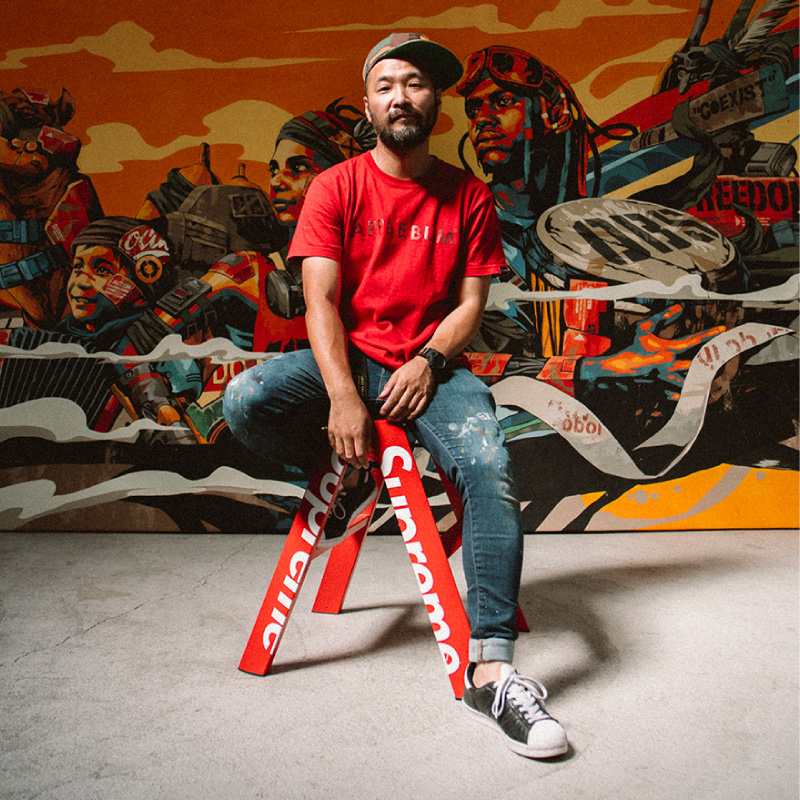